Shock as a complication of Plasmodium vivax

Complicated malaria due to P. vivax has rarely been reported before 2000 AD. No such cases were reported even in patients from endemic areas. Recognition of shock as a manifestation of Plasmodium vivax infection was only realized when reports started coming from medical and research institutions like NIMR etc.

Current series of 5 children aged 8 – 12 years with severe vivax malaria presented with shock. Thrombocytopenia was detected in all cases. There were no bleed from any site. Diagnosis of P.vivax was made by blood smear and rapid diagnostic tests. All patients did not responded to initial fluid boluses but improved on steroid and antimalarial therapy (Artesunate combination therapy).

All five patients (Case 1, 2, 3, 4, 5) presented with shock (Table 1).Other clinical manifestations are shown in Table 1. One patient (Case 2) had features suggestive of renal involvement i.e. Oliguria. Duration of fever in the cases ranged from 7 – 10 days. Most of them did not have any bleeding manifestation except two (case 3, 5) where altered blood in stools was seen for 1-2 days. Their hemoglobin ranged between 7 – 10 mg/dl. All patients presented with thrombocytopenia. Three of them (case 1, 4, 5) had platelet count less than 50,000/mm3 and two (case 2, 3) had platelet count ≤ 1 lakh/ mm3. The total leukocyte count was within normal range. Blood culture was sterile in all cases. Widal and dengue serology was negative. Kidney function tests were normal. Peripheral blood films demonstrated P.vivax trophozoites. Rapid diagnostic slide test was positive for P. vivax and negative for P. falciparum in all cases. All five patients were treated successfully with artesunate combination therapy. All five patients did not respond to initial fluid boluses. Keeping in view the pathophysiology of vivax malaria and possibility of shock due to cytokine storm, steroid were given at initial dose of 3mg/kg followed by 1mg/kg for 48 hrs. Clinical response was observed in next 24 hrs. Repeat blood malaria smear after two days showed clearance of parasite in all five cases. They were discharged in clinically stable condition and received primaquine for fourteen days.

P.falciparum is the most common species reported to cause severe malaria. Recent evidence suggests that P.vivax infection is responsible for severe malaria including shock, anemia, thrombocytopenia, acute lung injury and ARDS 6, 7, 8. Pathogenesis of severe malaria includes sequestration related and non sequestration related complications. The essential pathological feature of severe vivax malaria is sequestration of erythrocytes containing mature parasites in the deep vascular bed (cerebral malaria, renal, hepatic involvement). P.vivax related coma is also considered to be of systemic metabolic origin, but the exact pathological mechanism is still unknown. Other complications such as severe anemia, disseminated intravascular coagulation and thrombocytopenia are considered to be nonsequestration- related with a multifactorial etiology, e.g. haemolysis, reduced cell deformity of erythrocytes, decreased platelet survival and increased uptake1, 2. Severe anemia is more likely in P. falciparum than in P. vivax owing to the lower density of P. vivax. However, a greater inflammatory response to a given parasite burden is a feature of P. vivax leading to increased sequestration in the pulmonary vasculature and hence, more respiratory complications such as ARDS and shock2, 8. Though pathophysiology of shock is not clearly defined, increase capillary permeability and leakage of fluid due to increased inflammatory response may be responsible.

All five patients had features suggestive of shock and confirmed diagnosis of P.vivax malaria. In addition to antimalarial therapy these children required fluid boluses and steroids for treatment of shock which can be explained by the pathogenesis of shock mainly due to release of inflammatory cytokines. Shock due to P.vivax malaria has been reported in adults. Kochar et al6 in 2009 reported severe malaria 1091 adult patients of which 3 patients were in shock. Song et al3 reported 2 cases of P.vivax malaria in adults presenting toxic shock syndrome, one as thrombocytopenia, renal failure and pulmonary edema and another as disseminated intravascular coagulation. These patients were treated with fluid bolus and vasopressors.

New complications had been reported in children, as reported by Kochar DK et al9 from Bikaner, India. Among 303 children, P.vivax infections were noted in 33.9% of children. Severe disease was present in 49.5% of children; P.vivax mono infection was responsible for 63.1% of these, hence more than P.falciparum. Srivastava et al4 conducted study in which 74 children were evaluated, of which 50 cases had P. vivax mono infection, of these 8 cases presented with shock. Severe malaria was diagnosed in 41/50 cases, with thrombocytopenia being the commonest manifestation. Shock was observed in 8 cases. Tanwar et al5 reported 13 cases of P.vivax cerebral malaria complications of which one presented as shock.

Hence we emphasize importance of considering shock as a complication of P.vivax infection even in absence of bleeding. Pathophysiology and guideline for the use of steroids in such cases need to be elucidated further. 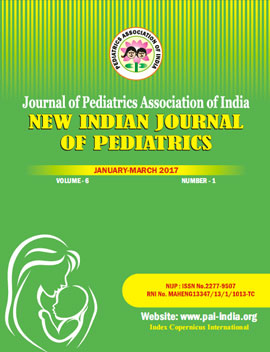