Two previous meta-analyses of nebulized hypertonic saline (HS) on hospital length of stay (LOS) in acute viral bronchiolitis have suggested benefit. Neither study fully addressed the issue of excessive heterogeneity in the cohort of studies, indicating that it may be inappropriate to combine such dissimilar studies to estimate a common treatment effect.

To reanalyze the existing data set for sources of heterogeneity to delineate the population most likely to benefit from HS.

They used the previously analyzed cohort of randomized trials from 2 published meta-analyses comparing HS with normal saline (or, in 1 case, with standard of care) in infants hospitalized for bronchiolitis. We also repeated the search strategy used by the most recent Cochrane Review in the Medline database through September 2015.

Eighteen randomized clinical trials of HS in infants with bronchiolitis reporting LOS as an outcome measure were included.

Weighted mean difference in LOS and study heterogeneity as measured by the I2 statistic.

There were 18 studies included of 2063 infants (63% male), with a mean age of 4.2 months. The mean LOS was 3.6 days. Two main sources of heterogeneity were identified. First, the effect of HS on LOS was entirely sensitive to the removal of one study population, noted to have a widely divergent definition of the primary outcome. Second, there was a baseline imbalance in mean day of illness at presentation between treatment groups. Controlling for either of these factors resolved the heterogeneity (I2 = reduced from 78% to 45% and 0%, respectively) and produced summary estimates in support of the null hypothesis (that HS does not affect LOS). There was a weighted mean difference in LOS of −0.21 days (95% CI, −0.43 to +0.02) for the sensitivity analysis and +0.02 days (95% CI, −0.14 to +0.17) for studies without unbalanced treatment groups on presentation.

Prior analyses were driven by an outlier population and unbalanced treatment groups in positive trials. Once heterogeneity was accounted for, the data did not support the use of HS to decrease LOS in infants hospitalized with bronchiolitis.

The mainstay of treatment for acute bronchiolitis remains supportive . Nebulized HS is a safe and potentially effective treatment of infants with acute bronchiolitis. From the above data the two main source of heterogeneity were identified firstly the widely divergent definition of the primary outcome and secondly imbalance in mean days of illness at presentation between the treatment groups. It has been seen that HS did not change the length of hospital stay but still it is the treatment of choice todate. However further studies are required to make the necessary changes.

2) Association Between Laboratory Calibration of a Serum Bilirubin Assay, Neonatal Bilirubin Levels, and Phototherapy Use

To investigate the association between recalibration of a reflectance spectrophotometry serum bilirubin assay and TSB levels and phototherapy use among newborns.

Descriptive study comparing TSB levels and phototherapy use before and after recalibration at Kaiser Permanente Northern California, a large, integrated health care delivery system. The study evaluated live births at or after 35 weeks' gestation at 12 facilities that used universal serum bilirubin screening before (January 1, 2010, through April 30, 2012; n = 61 677) and after (July 1, 2012, through December 31, 2013; n = 42 571) recalibration. The analysis took place in December 2015.

Modest recalibration-induced reductions in mean TSB concentrations was associated with a significant reduction in the percentage of infants with clinically significant hyperbilirubinemia. Current laboratory accuracy standards are insufficient to detect biases that can have significant clinical effect. These data underline the need for increased integration of laboratory expertise into clinical guidelines and to support international initiatives to standardize laboratory measurements.

Clinical impact of the BuBc Slide Recalib Ortho Clinical Diagnostics' method of measuring bilirubin is unique when compared to other commonly used methods. The difference between the methods is the way different bilirubin fractions are measured or calculated. Total bilirubin is measured with the TBIL slide that measures both conjugated (including delta bilirubin covalently bound to albumin) and unconjugated bilirubin species. Most other methods calculate the concentration of unconjugated bilirubin by subtracting the direct reacting fraction containing the conjugated species from the total value of bilirubin. Ortho platforms use a separate slide, BuBc, that directly measures both conjugated (excluding delta bilirubin) and unconjugated fractions. The BuBc slide also has an ultrafiltration layer that excludes large molecules, such as hemoglobin, minimizing interference from hemolysis. The ultrafiltration layer also excludes albumin, which is why the BuBc slide does not measure delta bilirubin, but it allows the calculation of delta bilirubin (TBIL-BuBc). 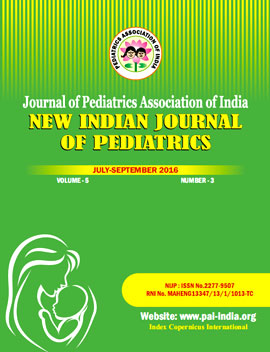